Jacob and Tamaska were part of the Red Wolf Species Survival Plan program, a federally managed program designed to maintain the genetic health and viability of this incredibly endangered species. 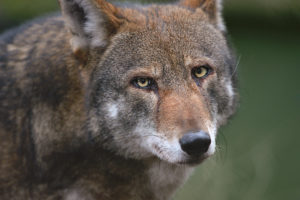 Jacob had recently turned 11, and though not considered old by Wolf Haven standards, he was approaching old age. We began to notice some changes in him; most notably, he seemed a little slower than usual. One morning, instead of eagerly waiting at the fence for food and dancing from foot to foot as usual, he hung back. Despite this change in behavior, Jacob continued to eat and move well, but on June 3, he was found lying in his daybed next to the large oak tree in his enclosure. Animal care staff brought Jacob to the clinic where blood work revealed advanced kidney failure. Sadly, there was nothing that could be done but help our friend pass peacefully. Jacob was humanely euthanized at the clinic without ever waking up. 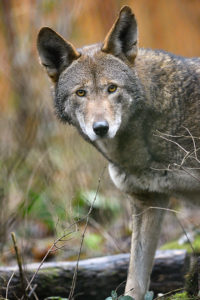 Jacob’s passing took a toll on his enclosure mate, Tamaska. Often when a wolf loses his or her mate, we see what we would call grief manifest in myriad ways, just as we do with humans. Sometimes it is general lethargy, or lack of appetite, or some other change in behavior. For Tamaska, it was all of these things.

Initially we attributed these changes to her adjusting to life without Jacob, but when her behavior didn’t improve, we took her to the veterinary clinic. Bloodwork revealed that Tamaska had Addison’s disease, a disorder of the adrenal gland that is often exacerbated by stress. The most likely scenario is that she had this underlying condition for a while but the stress of Jacob’s passing was the tipping point. They were very bonded and it’s difficult to say what her quality of life would have been moving forward. We could have tried to manage it – the condition is fairly common in certain breeds of dogs – but it would have required us catching her up every 20 days for the rest of her life for injections. This might be ok with a domestic dog, but not a red wolf.

The kindest thing we could do was to help her pass on. Tamaska passed away on June 15, less than two weeks after Jacob died.

Tamaska and Jacob had been very bonded while they lived together at Wolf Haven.  In death, we plan to put them together in our memorial garden – just as they should be. Rest in peace beautiful Tamaska and handsome Jacob. 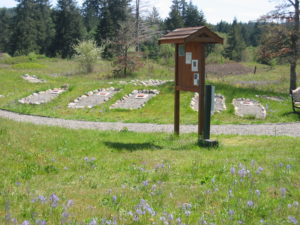