Wolf Haven has acquired the McCleery Buffalo Wolf Foundation located in Bridger, Montana. The transfer of ownership includes 30+ captive wolves, property home, vehicles and outbuildings. Wolf Haven will manage the McCleery facility as a satellite sanctuary, allowing the wolves to continue receiving the best care while living out their lives in their current homes. 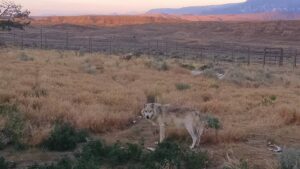 An annual feast for wolves

Kim Young, Director of Communications (portions of this article were originally posted in the Winter 2012/2013 issue Wolf Tracks magazine; it has been updated to reflect this year’s feast also) 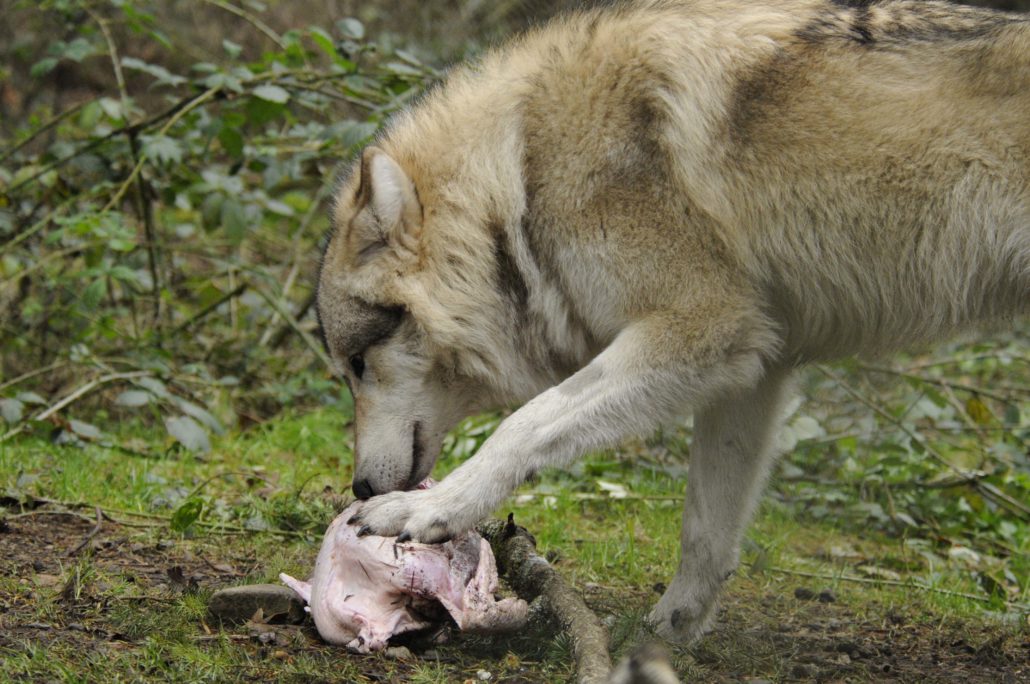 Lakota managed to eat his entire turkey (and the fixins) in six minutes.

In keeping with tradition, Wolf Haven animal care staff carefully prepared a Thanksgiving turkey for our wolves. The raw birds were stuffed with the usual accoutrements: cranberry sauce, mashed potatoes and gravy, dressing, yams and a lone Brussels sprout. 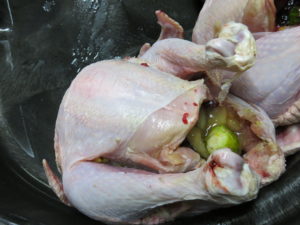 A row of buckets was lined up, each filled with one of the above-mentioned treats. Armed with ladles, staff members carefully poured a dollop from each bucket into the cavity of the turkey. Soon, the back of the flatbed truck was bulging with stuffed turkeys.

For a few wolves, this was their first Thanksgiving at Wolf Haven International.

Rocco starts with the filling

It is safe to assume that Samantha, Talulah and our newest resident, Lakota, never experienced a feast like this before. Each wolf approached the meal differently: Shiloh ate every bit of food – except the Brussels sprout. Siri carefully urinated all over her turkey (marinating it?) before eating. London raced to the back of his enclosure with turkey dangling from his mouth – but since he was holding it upside down, all of the goodies fell out during the trip. He left a trail of dressing, yams, cranberry sauce, etc. which his mate Kiawatha tried to scarf up as quickly as possible. Lakota is very food motivated, and he scarfed the entire turkey down in six minutes (you can see the video on YouTube) while his enclosure mate Sequra attempted to cache (bury) her turkey while he was distracted.

Ladyhawk appears refined even when eating a raw turkey.

It’s hard to say who enjoys this annual tradition more – Animal Care staff or the wolves – but this special meal is one of the many ways that Wolf Haven celebrates the 41 wolves, seven wolfdogs and two coyotes who reside here. As an organization, we give thanks for having the opportunity and space to care for our residents and the Wolf Haven supporters whose generosity makes it all possible.

Everyone enjoys the holidays at Wolf Haven International!