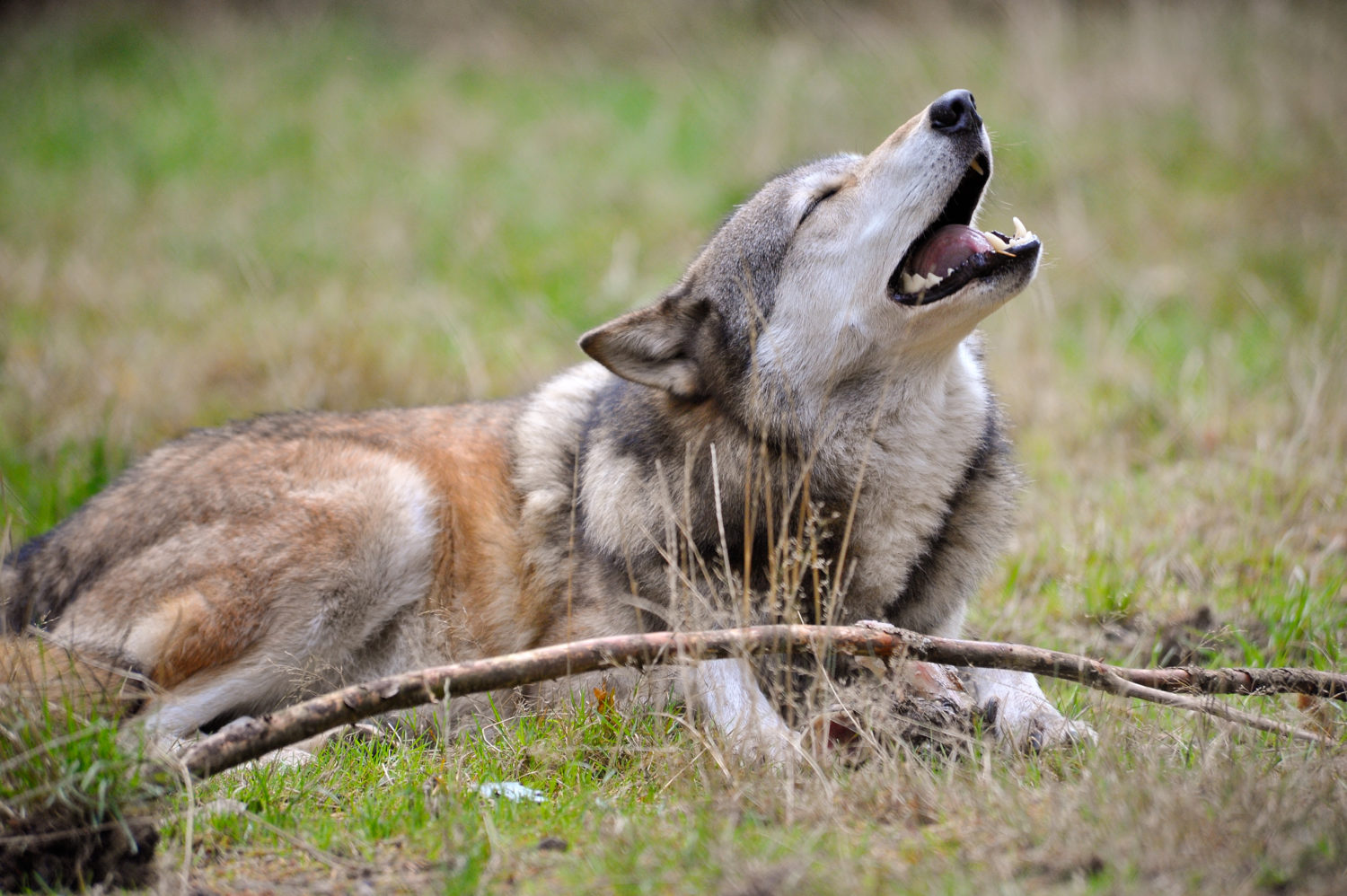 Rocco joins in a howl

Today we pay tribute to Rocco, a male gray wolf who passed away in December. With his tawny coat and amber eyes, Rocco was stunning. Rocco and his sister, Natasha, came to live at Wolf Haven in 2005, after spending their first two years of life in private ownership.

Aside from a recurring skin issue during the rainy season, Rocco appeared to be a healthy and well-adjusted wolf, and celebrated his 14th birthday last spring.  By then, he was living with his fourth companion, a female gray wolf named Sitka Rose, (having outlived his previous three enclosure mates). 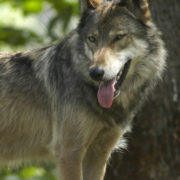 When animal care staff conducted the walk-through on Friday December 8, Rocco didn’t come to the fence for treats like he normally did. Instead, he paced, seemed disoriented and had a noticeable head tilt.  All symptoms were consistent with either post seizure or stroke. Animal care tried to offer him a meatball with medication, but he was not interested in food (very atypical for him). Given his condition and age, a seizure or stroke is not uncommon and we have observed it many times before in our senior residents. Because it would have been severely detrimental to catch him up (he is not tractable so it would have been stressful for him), the decision was made to let him be and monitor him closely. Even had we brought him into the clinic, there would not have been anything we could have done other than just wait and see- either he was going to rebound or he wasn’t. Whatever the outcome, we wanted it to be as peaceful and as least stressful as possible for him and his long-time friend, Sitka.

After spending the remaining morning and part of the afternoon pacing his enclosure, Rocco finally settled and lay down. When we checked on him just before dusk, Rocco was sleeping in the back of his enclosure. When he couldn’t be seen during the following morning walk-through, animal care staff went into the enclosure to search for him. Rocco was found in his den, tucked into a very deep chamber; he had passed sometime during the night. He looked very peaceful in that private space he had chosen as his last refuge. 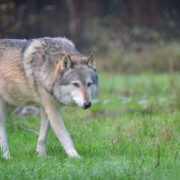 Rocco is survived by his beautiful and playful friend Sitka who will surely miss him, as will all of us at Wolf Haven. We thank you for your support in providing a lifetime, loving home for Rocco and his three companions through all these years.

May your journey continue in peace, sweet Rocco.

Wolf Haven International is now home to a record 65 wolves, wolf dogs and coyotes thanks to the addition of two new wolves, Mariah and Hodari.

The reserve located just north of Tenino is both a sanctuary and endangered species haven for the red wolf and the Mexican wolf. It was founded in 1982, and houses displaced and captive-born wolves.
https://wolfhaven.org/wp-content/uploads/2015/04/NH_Logo_BlackOutline-300x300.png 0 0 Wolf Haven International https://wolfhaven.org/wp-content/uploads/2015/04/NH_Logo_BlackOutline-300x300.png Wolf Haven International2017-12-18 14:49:182017-12-18 14:49:18Wolf Haven Welcomes Two New Residents - Nisqually Valley News

Ever wonder what it’s like to live in Tumwater, Washington? JBLM (Joint Base Lewis-McChord) in 10 did, too. So we jumped in the car and took a trip to the petite, pioneering city to give you the inside scoop on what makes it unique.  Although Wolf Haven isn’t in Tumwater itself, it’s the next town over and was included in the video! 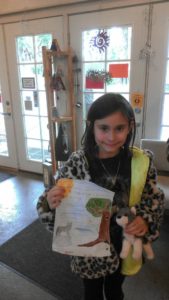 Uma P. with her drawing of Shadow.

This lovely drawing of Shadow and Juno in their sanctuary enclosure was drawn by a young lady named Uma P., in honor of Shadow’s 3rd birthday. Uma & her mom visited Wolf Haven International to see the young wolf that she adopted at Christmas time.