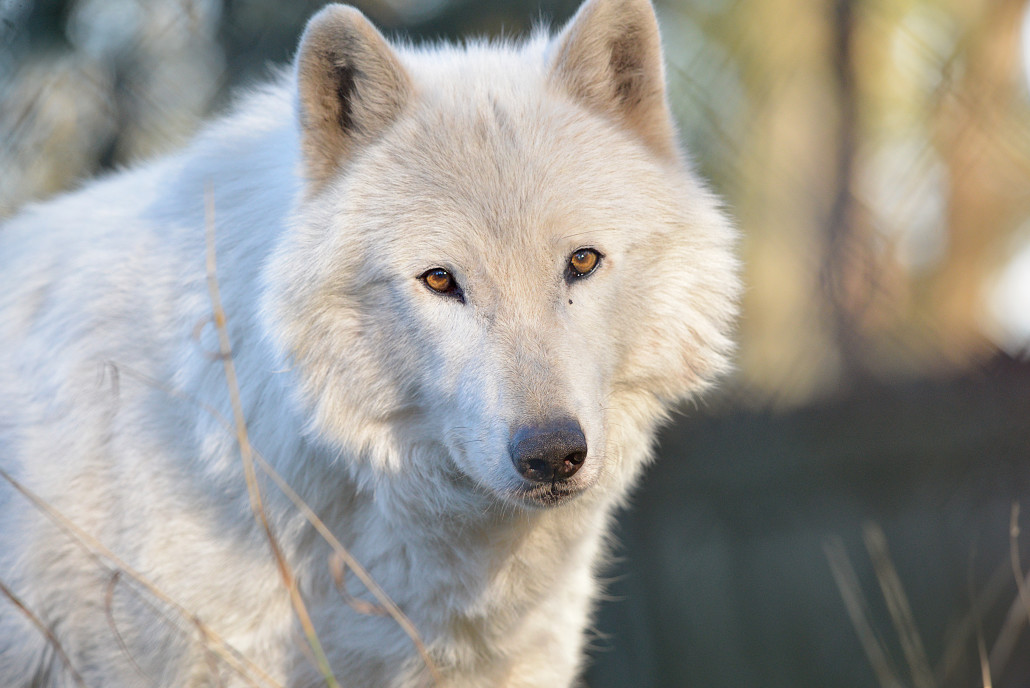 Saying goodbye to one of our friends is never easy, so it is with a heavy heart I write to let you know that Spruce has passed away.

We have been watching a decline in his condition over the course of the last year and though he had been enjoying relatively good quality of life, we knew that his time would be drawing near. During the morning walk-through the sanctuary on Saturday, March 12, Spruce was not at the front of his enclosure waiting for food like he has been every other day for the last 13 years. 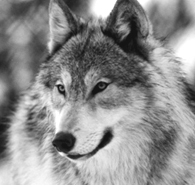 Spruce in his younger years

Right away, we knew something was not right. After checking his shelters and still finding no sign of him, we checked his natural den and discovered him lying near the entrance, head poking out but the rest of his body inside. He was alert and responsive but too weak to get himself out. Animal Care staff chemically immobilized him to help him out of his den and since we had him in hand, we took him to the vet for a full diagnostic. Sadly, x-rays revealed fluid in one of his lung fields as well as what appeared to be cancer. Additionally, his other organs did not look healthy and blood work indicated that his liver was shutting down.  The kindest thing we could do for our friend was to help him along, so Spruce was humanely euthanized at the clinic without every waking up from anesthesia. 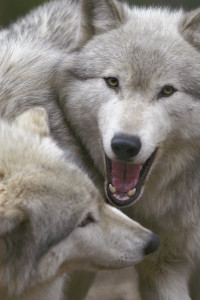 Spruce’s sisters Cricket and Jinkies passed away a few years ago from similar cardio-respiratory conditions, so we suspect there might have been something hereditary in this family. Spruce is survived by three remaining littermates, (Myta, Chai and Bart), who at this point show no signs of any health issues. We are hopeful that whatever afflicted Spruce and his sisters is not present in the rest of the group. 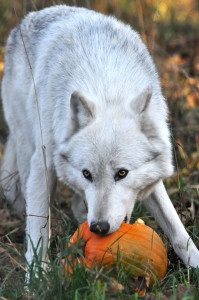 Spruce and his entire family of eight were rescued from private ownership in 2003, when Spruce and his siblings were just seven months old. We have had the honor and privilege of watching him mature into a larger-than-life presence in the sanctuary. He lived most of his adult life on the public visitor route and because of his comfort level around staff and visitors (as well as his stunning looks), he became one of the most photographed wolves in our sanctuary.

Though he slowed down the last few years, Spruce was one of the most vocal and gregarious animals here and because of his antics, he endeared himself to all who had the honor of knowing him.  He has left an indelible mark on our hearts and minds. And although it is bittersweet each time I walk by his now vacant enclosure, I cannot help but smile a little as I think of him and the joy of his fullness of being. Rest in peace, friend.