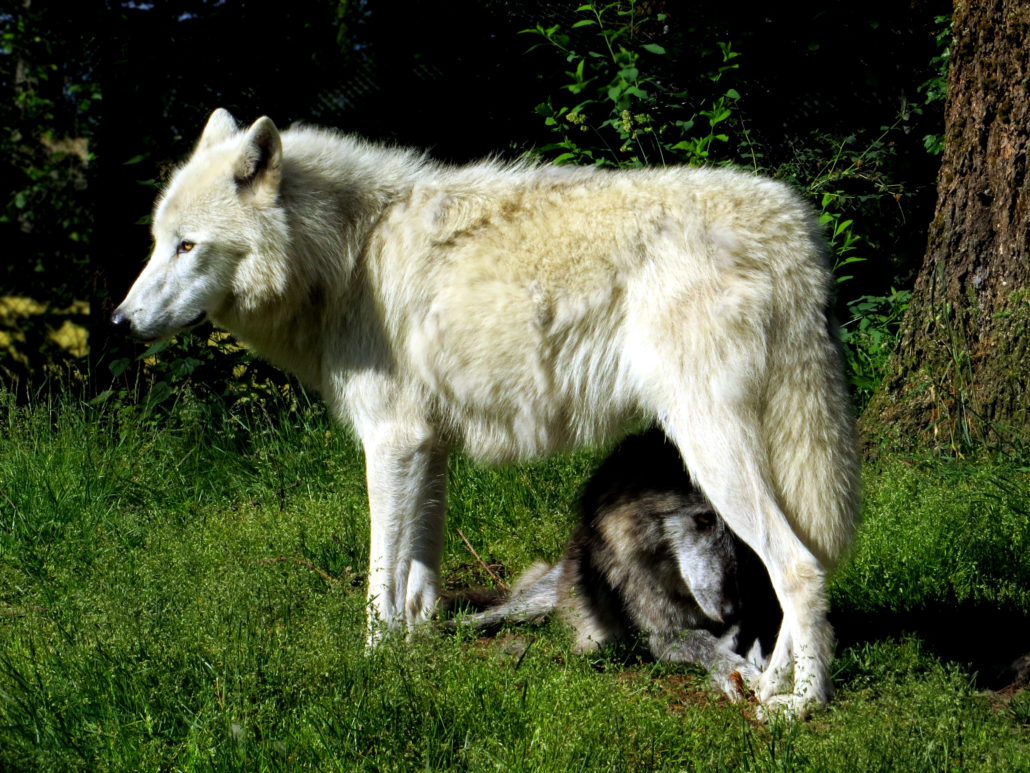 Big day in the sanctuary for some of our residents–

Guy and Anna were moved to a large off-visit enclosure up on the hill away from the public visit route. If they choose, they can still catch a glimpse of visitors as they make their way along the public visit route, but given that both Guy and Anna are very shy, no doubt they will enjoy the increased privacy. Moving them meant that their original enclosure would now be vacant, and since that enclosure has an above ground tunnel that connects to Juno and Shadow’s enclosure, we were able to open the gates to the tunnel so Juno and Shadow could have an extra enclosure to romp in. Both pairs were so excited with their new digs- all kinds of new things to investigate and mark and roll on! Lots of excited whining, smelling and big, toothy smiles as well. I’d say they are pretty pleased with the new real estate! 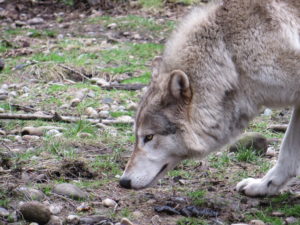 Rocco is stretching! How about You! Endangered Species Day
Scroll to top