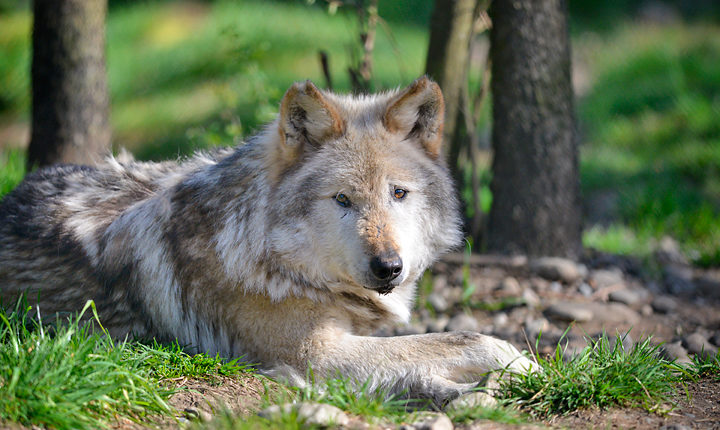 At 17, Diablo defied the odds- most wolves never live to see their 10th birthday let alone their 17th – so we knew that we were on borrowed time. We realized that eventually his age would catch up with him and the day would come when we would need to say goodbye. That day came on Sunday, June 25.

Until nearly the end, Diablo enjoyed good quality of life. He had some age-related challenges; he had become hard of hearing, his vision wasn’t as sharp and he had generalized stiffness and weakness. This was particularly pronounced in his back-end, especially if he laid in the same spot for a long time and then tried to get up. All things considered, though, he was as spry as a 17 year-old wolf could be. 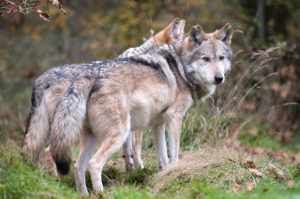 Diablo was immediately identifiable because of the twin notches in his ears.  He was born at a zoo in Detroit, where it is believed that the notches were caused by sibling squabbles. Diablo came to live at Wolf Haven in 2004 when he was three years old.

A Mexican gray wolf, Diablo was a participant in a federally managed Species Survival Plan program designed to preserve the survival and health of this critically endangered subspecies of the gray wolf. His longstanding companion was Gypsy, a female Mexican wolf.  Because their enclosure was on the public visitor route, over the years hundreds of people were privileged to see the beauty and unique coloration of this rare breed. Beyond  this, though, visitors could bear witness to a bonded pair that carried themselves with dignity and grace. 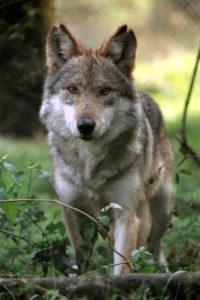 Diablo was a teacher to us in so many ways and he undoubtedly touched everyone who encountered him. We were fortunate to have had the opportunity to care for him all these years but there is definitely a void in the sanctuary, not only for his longtime companion Gypsy, but for all of us.