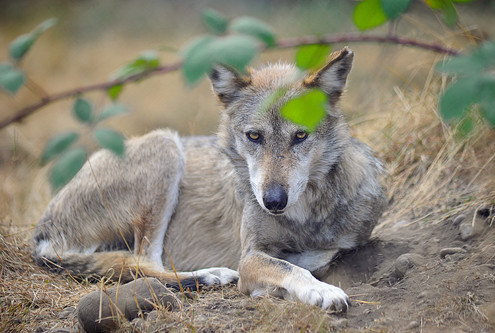 Noel is one of the 19 Mexican gray wolves currently residing at Wolf Haven.

How to save  an endangered species

The Mexican gray wolf, native to Mexico and the U.S.,  is one of the most critically endangered animals in the world. Their population dwindled to only seven wolves when a “survival plan” was put into place.

The Endangered Species Act, which mandates recovery of endangered species, prevented the complete human eradication of the Mexican wolf. By the early 1970s when the Act went into effect, their population was so low that wildlife officials felt the only option for restoration of this wolf was captive breeding and reintroduction to historic ranges.

Precarious existence of the Mexican wolf

Once common from Mexico to Colorado, today there are approximately 109 Mexican wolves left in the wild, mainly along the Arizona-New Mexico border (with one known wild pack in Mexico).  A Mexican wolf Species Survival Plan (MWSSP) was developed to manage and oversee the captive breeding program and lend support to the reintroduction and recovery effort of the species in the wild. The MWSSP currently houses approximately 270 wolves in 52 facilities in the United States and Mexico. 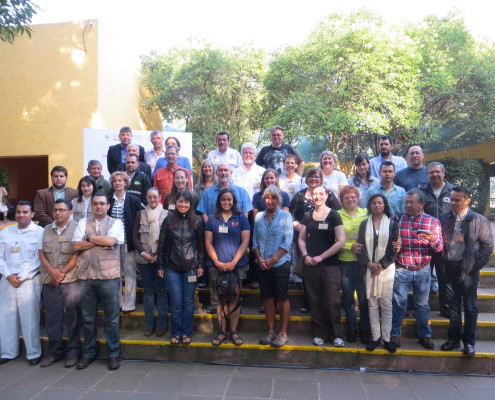 Participants of the 2015 MWSSP meeting held at Chapultepec Zoo in Mexico City, Mexico.

Because the entire Mexican wolf population was founded by only seven animals,  genetic diversity remains one of the biggest challenges to the health of this species. For this reason, careful analysis of each individual Mexican wolf’s lineage and genetic DNA are of critical importance to the program’s success. Participating facilities in the MWSSP program meet annually to assess the current status of the Mexican wolf population and make breeding recommendations for the coming spring. The meetings alternate between the U.S. and Mexico, with varying organizations assuming the role of host agency. Wolf Haven hosted the MWSSP in 2012; this year, it was held in Mexico City at Chapultepec Zoo. 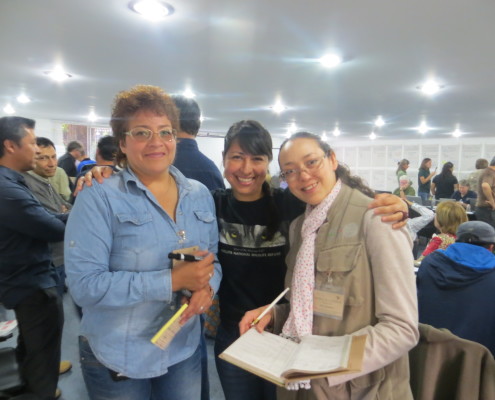 Our director of animal care, Wendy Spencer, and Mexican wolf specialist Pamela Maciel attended this year’s meeting, which lasted from July 15-17. Here are some pictures from the three intense days in which breeding and transfer recommendations were made, and potential candidates for release into the wild were selected (most important, since this is the ultimate purpose of the program). It is a challenging, but worthy balancing act to ensure that not only are the needs of the program as a whole met, but the best outcome for each individual wolf involved is achieved. 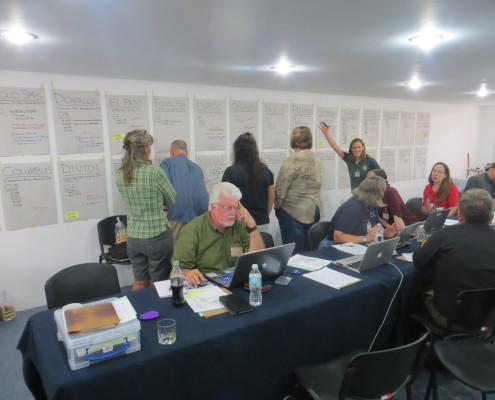 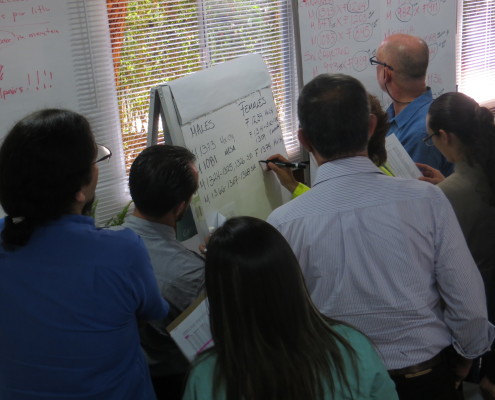 Wolf Haven International is proud to participate in this special program that is contributing to the recovery of the Mexican wolf. 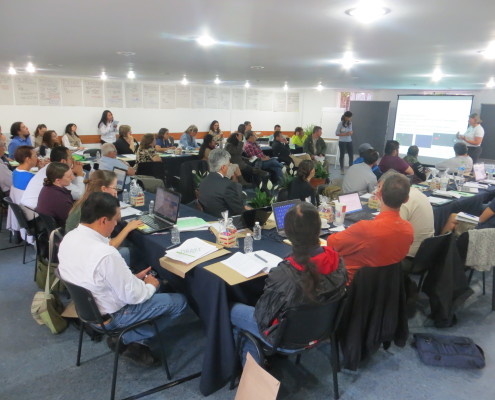 A total of over 60 people from Mexico and the U.S. attended this year’s meeting, including graduate students from Mexican universities conducting research on the biology of Mexican wolves.